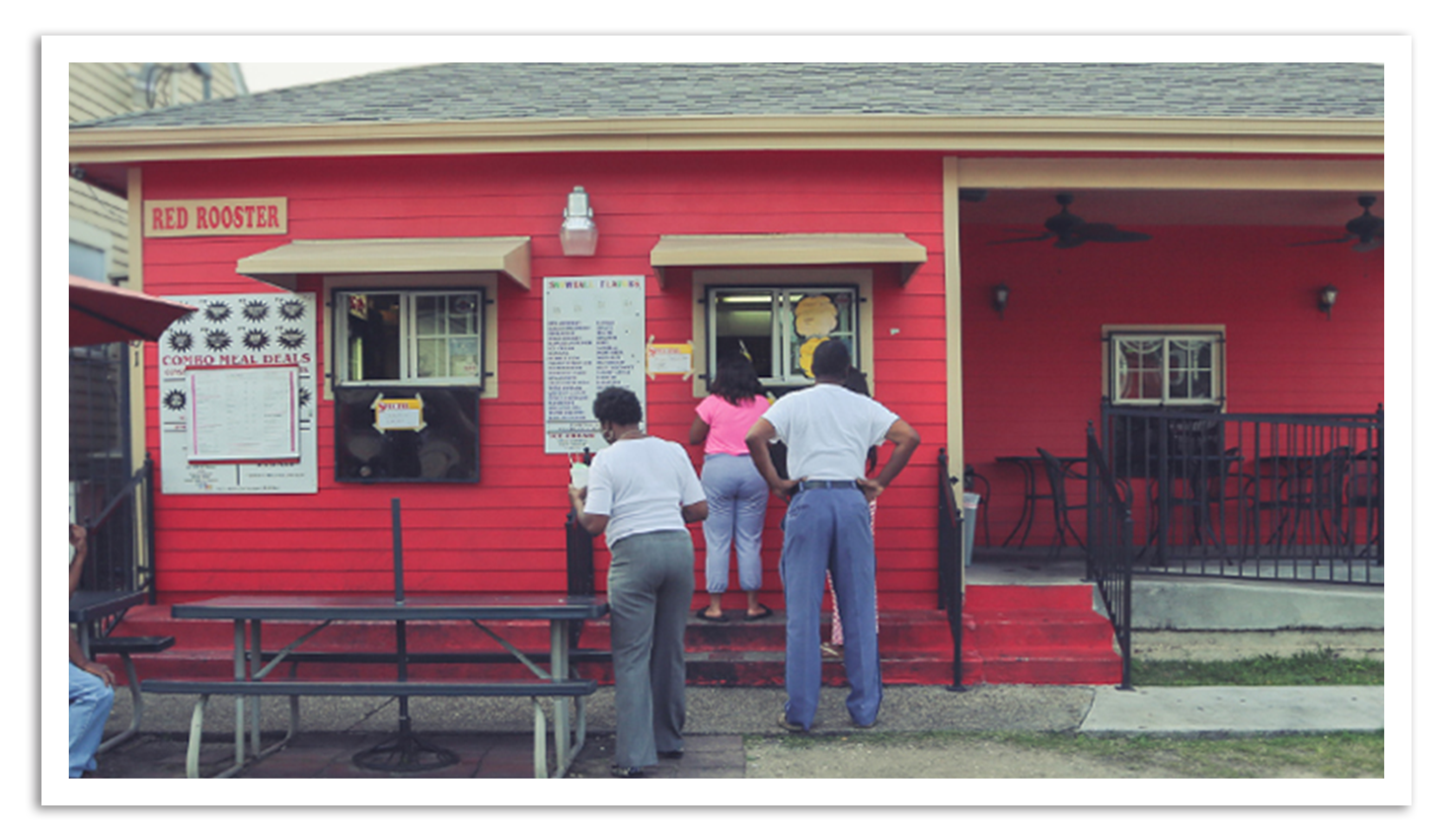 Red Rooster Snowballs is tucked away in an uptown New Orleans neighborhood, in the “Central City” area. Originally called “Little Red Rooster”, it opened in 1977 as a neighborhood seasonal snowball stand and sweet shop; an expansion business of “Ruth & Gus Restaurant & Bar,” a family owned and operated business. Over the years, “Ms. Lynn” assumed management of Little Red Rooster. Under her entrepreneurship and business acumen, Little Red Rooster, became “Red Rooster Snowballs” and progressively expanded its menu offerings and notoriety as a local favorite and “the place to go” for a variety of New Orleans sandwiches, sweets, take-out plates and more. Red Rooster has flourished as a Central City “Hot Spot”. It has become renowned for snowballs, homemade pralines, and specialty nachos, a wide array of Po-boys made on fresh, crispy, locally baked French bread, made-to-order burgers, seafood plates and chicken wings. Without a doubt, a prominent Red Rooster favorite is the “Yet-ca-mein”, a delectable chopped meat, egg, green onion and noodles in a soy sauce based also known as "Old Sober." Red Rooster is frequented by locals, and thanks to many dedicated patrons, visited by a host of celebrities and local artists. It is a booming, highly visible business as patrons are seen waiting in line extending from its “tucked away” Clara Street location, to the Washington Avenue intersection, eagerly awaiting to partake in the many menu selections. One patron said, “Red Rooster” is a restaurant disguised as a Snowball stand”.